I Read You Loud and Muddled

“What we’ve got here is a failure to communicate.” That phrase was spoken by the prison captain (warden) 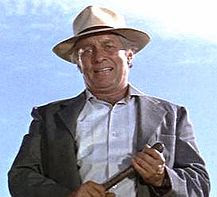 to prisoner Luke in the 1967 film Cool Hand Luke. The captain had just knocked him down, both figuratively and literally. The captain was showing his superiority over Luke’s lowly position as a prisoner, and serving as a warning to others on the chain gang that he was indeed the boss, and his instructions were to be followed without question.

Unfortunately, around businesses in America today, that attitude can be found in many bosses. And, just like that warden, communication failure is typically the reason for the failure of leadership. Fredrick Taylor’s principle in 1911 that “the workman who is best suited to actually doing the work is incapable of fully understanding the science,” is no longer the best management model. It lacks the essential communication and feedback processes. The American Heritage Dictionary defines communication as “the exchange of thoughts, messages, or information, as by speech, signals, writing, or behavior.” Key to that definition is the word exchange, which implies a 2-way path.

But it's not just a matter of crafting a clear message. That same message will be heard by different people in different ways. When I went from leading a team of technical professionals to leading a team of call center employees, I learned an important lesson of “situational leadership”. Many years later, I took a course with that subject by Ken Blanchard. Blanchard describes the relationship of the development level of the staff to the appropriate matching style of the leader.

The idea hit home with me. Leadership expectations must indeed be situational. For employees who were at the beginning of their career, much more direction and mentoring must be given, compared to those who have experience and knowledge of their craft. In addition, the ability to identify where a person was in relation to their career was a skill that is more than just a review of their resume of work. Having effective one-on-one meetings with direct reports is an important activity toward understanding the individual’s progress and building a trusting relationship. Early in their career, a more directional approach is required. As the staff member matures in their responsibilities, the transition to more of a coaching model is preferred as they learn to handle the responsibility delegated to them.

I think that excellent communication skills, including both speaking and listening, are the most important proficiency that a manager needs. Communication is always better received when coming from a person with whom you have a relationship. Using that skill effectively will help achieve personal and professional satisfaction, and will most likely propel a qualified manager to a higher level of career growth.
Posted by okeefe consulting at 11:52 AM